SMSFs in the ATO firing line

Is your self-managed super fund fully compliant with the regulations governing the operation of private funds? 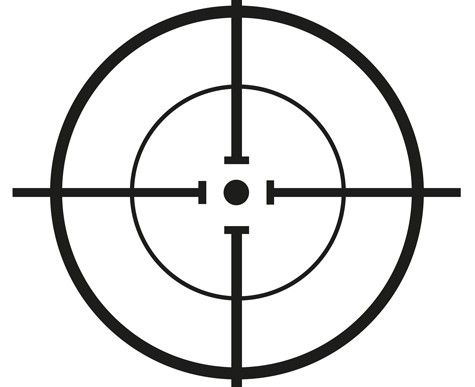 It's a question that all SMSF trustees should be asking, because the Australian Tax Office is not only watching but taking harsh action in the form of issuing penalties for non-compliance.

ATO Assistant Commissioner Dana Fleming told the SMSF Association's annual conference in February that the SMSF regulator has its sights on almost 90,000 private funds that are managing over $20 billion in assets.

These include around 24,000 SMSFs managing $1 billion in assets, which have never lodged a tax return, and another 63,000 managing $19.5 billion that have stopped lodging mandatory documents with the ATO.

The ATO definitely means business. It issued more than $3 million fines to SMSF trustees in the six months to the end of December, more than double the amount of fines levied over the full 2018-19 financial year.

Trustee ignorance is not a defence

While the ATO is most concerned with deliberate compliance breaches by SMSF trustees, the regulator has consistently made it clear that trustees need to be fully aware of their legal obligations under the Superannuation Industry Supervision Act.

Trustees also need to strictly abide by their SMSF trust deed, which can contain stipulations on the types of assets their fund is allowed to invest in. Unless read carefully, a trustee could inadvertently breach the conditions of their own fund.

Non-compliance is certainly not a new theme across Australia's SMSF population, which now totals almost 600,000 funds, 1.12 million members and $750 billion in assets.

But the difference now is that the ATO has become much more sophisticated in its capacity to track the activities of SMSF trustees, both at the individual and corporate level. The ATO's computer systems are now at a level where they can easily detect digital payment transactions at multiple points.

In December last year, the ATO warned it had identified multiple breaches of the sole purpose test applying to SMSF members involving the purchase of lifestyle assets being used for personal enjoyment by fund trustees and their beneficiaries.

These included assets such as cars, boats, holiday homes, art and other collectables, which the ATO has been able to track in a number of ways.

Do you really need an SMSF?

Most SMSFs were set up for one specific reason: to have full investment control.

Rolled into that is the ability to buy direct property assets, which is not possible within a professionally managed super fund.

Business owners with an SMSF have the ability to own a commercial property within their fund and use it for their business purposes, without breaching the sole purpose test. This can't be done with residential property.

The bulk of SMSF assets (75 per cent) are actually held in the same asset classes that members of professionally managed super funds are exposed to, such as Australian and international shares, fixed income, listed trusts and cash.

And, unless SMSF trustees are consistently outperforming the returns of the professional fund managers, one would have to question why having a SMSF is really needed.

The Productivity Commission's 2019 report Superannuation: Assessing efficiency and competitiveness found that SMSFs with balances below $500,000 produce lower returns on average, after expenses and tax, when compared to industry and retail super funds.

The Australian Securities and Investments Commission also warned in October that the decision to establish an SMSF should not be taken lightly.

"SMSFs may be an attractive option for investors wanting more control over their superannuation investment strategy, but it requires real skill, care and diligence to manage your own superannuation," ASIC said.

"SMSFs are not for everyone simply because not everyone can meet the significant time, costs, risks and obligations associated with establishing and running one."

Operating an SMSF comes with two unavoidable components: the time involved in ongoing management and compliance, and the costs involved in accounting, auditing and other professional services.

Another often overlooked aspect is the cost of insurance. Where large super funds are able to use their size to negotiate competitive pricing for insurance, such as life and total and permanent disablement coverage for members, SMSF trustees sourcing cover will invariably pay a higher cost.

ASIC calculates that, on average, SMSF trustees spend more than 100 hours a year managing their SMSF. This includes the time taken when investing and managing investments, and in preparing documentation.

The bottom line on SMSFs

SMSFs remain an important component of the Australian superannuation landscape, and by total assets under management represent the biggest segment of the industry.

However, it's clear on a range of compliance levels that some trustees operating a SMSF are failing to invest within the parameters of the law and are not meeting their management obligations.

In addition, many SMSF trustees – while having more investment flexibility than professionally managed super funds –are largely investing their retirement savings in the same asset classes as the professional fund managers.

ATO data on SMSF asset allocations shows many private funds are not well diversified, with very high allocations to cash.

ASIC notes that SMSFs are not an appropriate investment option for people who want a simple superannuation solution, particularly if they have a low level of financial literacy or limited time to manage their own financial affairs.

"Where people have limited investment decision-making experience or prefer to delegate decision-making to someone else, they should carefully consider if an SMSF is right for them," the regulator says.

"As the trustees of their own fund, SMSF investors must remember that they are responsible for their fund's compliance with the law, even if they pay a professional to help."